A film by Matej Mináč

Nicky’s Family is a documentary by award-winning filmmaker and peace advocate Matej Mináč. This triumphant film has been celebrated as a cinematic jewel amongst audiences and critics alike, garnering over 30 awards internationally.

Film director, producer, writer Matej Mináč graduated in film directing at the Academy of Music and Dramatic Arts in Bratislava.

In 1939, Sir Nicholas Winton personally and by his own initiative saved the lives of 669 children from Nazi-occupied Czechoslovakia and brought them across Hitler’s Germany to Britain. For nearly 50 years, he told no one of his incredible operation. The story only emerged in 1988, after Sir Nicholas’s wife found an old scrapbook in their attic, featuring pictures of the children Sir Nicholas had rescued.

Today he is often called “Britain’s Schindler.” Winton is an immensely compelling symbol of how the care of one man can truly make a difference in the lives of many.

Nicky’s Family is a gripping documentary from the international, Emmy Award-winning film director Matej Mináč about this incredible story. The film features dramatic reenactments and never-before-seen archival footage, as well as interviews with a number of rescued children, Sir Nicholas Winton himself, His Holiness the Dalai Lama and Nobel Prize Laureate Elie Wiesel. Nicholas Winton’s fascinating story continues to inspire people to make the world a better place.

An Inside Look at Nicky’s Family 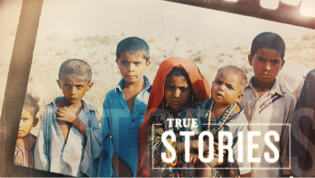